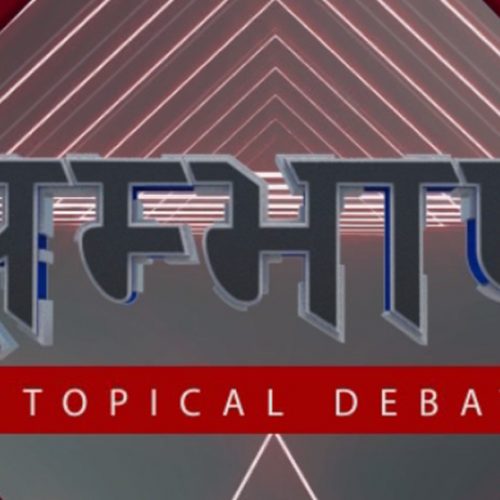 Welcome to the official website of the Image Group of Companies. Image Group of Companies is the pioneer media house to offer the very first private television channel, the Image Channel in Nepal. It was also the foremost company to offer FM radio station initially called KATH 97.9 and currently Image FM 97.9 to the Nepali audiences. Today Image Group boasts another popular news FM station called Image News FM 103.6 where we bring crisp news and bold debates to light.

Image Group of Companies is proud to bring forward fresh political and social news, current affairs programs, talk shows together with high-quality entertainment programs in both radio and television that reflects the life of the Nepali people and their incredible stories, lifestyle, music and art. Being the first to produce music videos in Nepal we boast vast archive of Nepali music videos.

We also have great collection of songs, live performances, and popular tele-serials of both Nepali and Newari languages. We introduce new and talented artists through the exclusive roster of talented VJ’s and RJ’s. We also take pride in our exceptional reporters, editorial and technical team who inform audiences with the latest news and views from various corners of Nepal and across the world.

To safeguard social values and

To focus on bringing forward quality programs both to entertain and inform the audiences. We are dedicated to providing credible, unbiased and accurate information and serving the nation as a watchdog. We are also committed towards fostering democracy and reinforcing the right to information, freedom of expression and liberty.

Balanced, truth and value based journalism is the full-fledged professional practice of Image Group of Companies.

Democracy, freedom of press and freedom of expression, civil rights and social transformation.

Image Channel is a household name since its conception offering 24 hours a day, 7 days a week viewership across 72 countries around the world.

Image Channel started its toddler days with one and a half hours of transmission through the national television on 14 Jan 1997 (1 Magh 2053 BS). It fired up with programs that were focused on pop music, women, celebrity and fashion. Because of the uniqueness, programs such as Image pop, Button & Trades, AM guest and Srijana ko Sansar gained huge popularity among the audiences. Image then established itself as an inclusive Kathmandu Channel called the Image Metro on 31 Jan, 2003 (17 Magh 2059 BS). It expanded its wings so that Nepalese across Nepal and the world could take joy in watching its programs by starting off its satellite transmission on Jan 25, 2007 (11Magh 2063 BS). It has since then been identified popularly as the Image Channel.

Till this date too Image has lived up to the expectation of its diverse audiences in offering tasteful programs from tele-serials to live musical shows, latest fashion to sports happenings, fresh news to controversial debates. It also provides insightful talk shows that stimulate the mind – topics ranging from life style, politics to social issues of concern. It provides hourly news bulletin and immediate flash news as the event unfolds. Image broadcasts news in three languages: Nepali, English and Newari. Further, Image Channel is equally devoted to Nepal’s glorious cultural and natural heritage highlighting the diverse cultures each time through various programming and on-the-spot coverage of local and national happening, exciting festivals and special features.

Call your local cable or satellite operator to find out how you can receive The Image Channel in your area. You can also watch Image Channel and listen to FM LIVE in this very website.

We bring you world-class programming with a thoroughly local flavor designing it each time to take the national network to even greater standards of excellence and heights of popularity, adapting each time to suit the choice of all kinds of viewers.

From News, Information and International Affairs, to Travel, Lifestyle and Leisure; From Sports to Talk shows to Music, there’s something for everyone on The Image Channel!

Image FM 97.9 was established on 7 January 1999 (23 Poush 2055 BS) and was known as KATH FM that was limited to Kathmandu audiences. Today popularly recognized as Image FM it extends its transmission to a large audience and covers 75% of major cities of Nepal such as Kathmandu, Bhedetar, Pokhara, Narayanghat, Butwal, Bhairahawa, Birgunj and Nepalgunj.

Since its conception Image FM has become a house hold name boasting 24 hour radio. With “Music of your Life” as the motto of the station, it takes pride in offering programs with good assortment of songs from many genres and languages ranging from English, Nepali to Hindi.  It also takes pride in the array of talented radio presenters  from a varied background with each contributing to the essence of diversity in Image FM. Image FM also prides itself on a good team of researchers and producers who are always on their toes to keep the audiences updated with current happenings and burning news from across the world.

Undoubtedly, Image FM is one of the most popular radio station in Nepal much liked by the listeners for its vast selection of programs such as — the admired talk show ‘Aja ko Sandharva’, Shuva Din,listener’s personal stories program ‘Mero Katha’,  oldest English  show ‘Bring da House Down’ ,most popular nepali musical show ‘Image Pop’ to new wacky youth oriented ‘Kathmandu Craze’, Image FM has something for everyone. Image FM 97.9 is the one station you would want to stay tuned in to!

With the popularity of Image Television and FM, together with the already existing team of committed reporters and journalists, Image decided on another new venture. On 14 Sep 2008 ( 29 Bhadra 2065) a 24 hours news station, Image News FM 103.6 was established. It is dedicated to delivering fresh news and happenings from Nepal and across the world to its audience.

The radio station runs with the motto – “All News. Always News.” – where news always play the central part in all of its programs and talk shows. From current affairs to sports, from finance to business, national and international issues, to criminal and entertainment news, Image News FM has it all. It is a special platform to get informed about immediate breaking news, public opinion and expert views through hard talk and public debate programs.

Image News FM is not only concentrated on providing political news but with social agenda on its forefront it is also focused on providing developmental news and updates of social concern. It believes in being the voice of the voiceless with spotlight on serious news rather than just sensationalized ones.